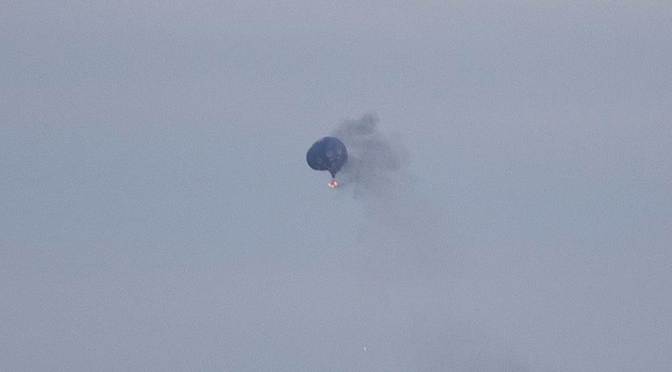 Officials have found one body after a hot air balloon hit a power line, caught fire and then shot up into the sky before exploding and crashing in eastern Virginia.