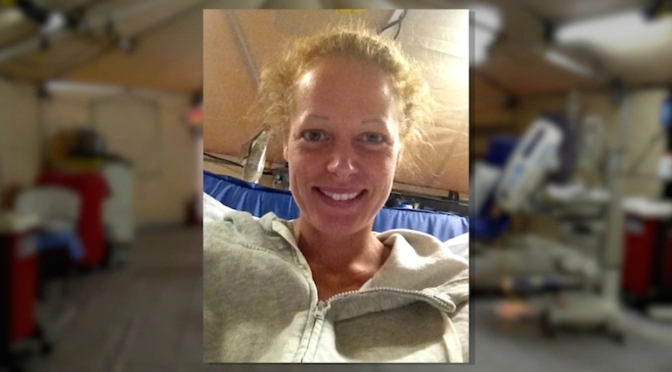 An American nurse who recently returned from treating Ebola patients has taken a bike ride despite a state order to stay at home in quarantine.

Kaci Hickox and her boyfriend rode their bicycles away from their house in the north-eastern state of Maine as media watched on.

Two police cars followed them as they rode away but didn’t try to stop them.

“It’s a beautiful day for a bike ride,” Ms Hickox said as she took off.

Ms Hickox, 33, tested negative for the virus after she returned from Sierra Leone, where she worked with the humanitarian group Doctors Without Borders.

Until her bike ride, Ms Hickox had cooperated with Maine state officials, but said she was frustrated by the insistence of a three-week quarantine at her home despite showing no symptoms of the virus.