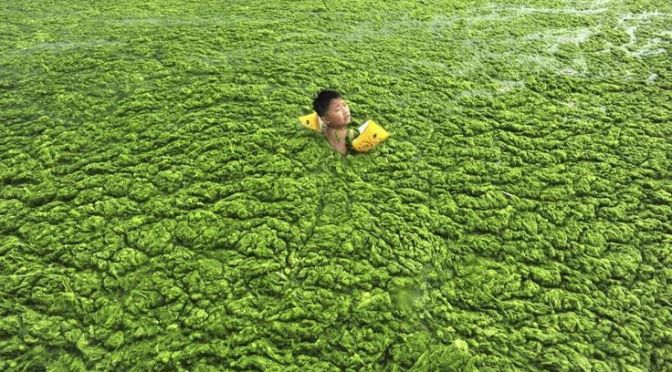 Soil conditions across China are grim, with some regions seeing serious contamination, according to a nationwide soil pollution survey conducted by the country’s environmental watchdog.

Pollution of land abandoned by industrial and mineral enterprises is especially severe, the survey said.

The survey was jointly conducted by the Ministry of Environmental Protection and Ministry of Land and Resources, from April 2005 to December 2013. It was released on Thursday.

Covering as many as 6.3 million square kilometres, including all arable land, partial woodlands, grasslands, unused land and land allocated for construction, the survey — the first nationwide look at soil pollution — paints a sobering picture.

The government said most of the pollutants are inorganic, but organic and compound pollutants figure into the equation as well.

According to the environmental ministry, the soil pollution in the country is a result of long-term accumulation during a period of dramatic economic and social development. Both industry and agriculture contributed to the problem, it said.

Soil pollution poses a serious threat to agriculture and people’s health, the ministry said, adding to the problems inherent in the country’s continuing development.

The ministry is currently studying alternatives to determine the best course of action, including possible new laws to protect the soil.