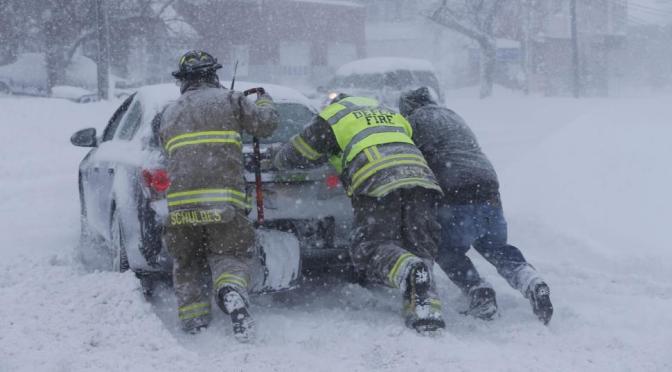 Gov. Andrew Cuomo deployed the National Guard to clear roads as some upstate New York motorists were trapped up to 24 hours after several feet of snow paralyzed certain regions. Winter hit much of the nation a little early, feeling much more like January than November, according to the National Weather Service.

Four people died in Buffalo — and seven nationwide — as icy weather slammed parts of the country Tuesday, causing temperatures to hit freezing or below in spots in all 50 states and forcing the governor of New York to activate the National Guard to help dig people out in upstate New York.