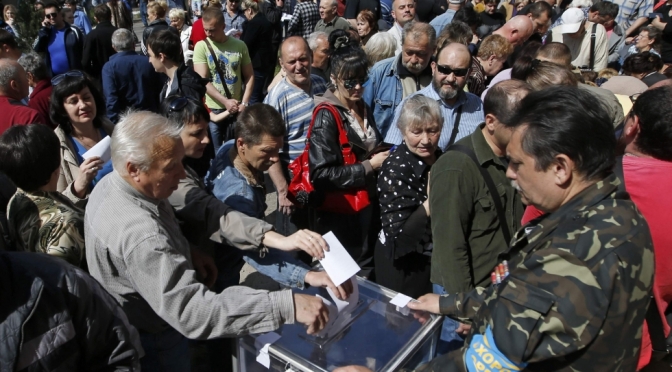 Pro-Russian separatists in Ukraine’s two eastern regions are holding “self-rule” referendums – a move condemned by Ukraine’s government and the West.

Self-proclaimed leaders in Donetsk and Luhansk regions are going ahead with the vote despite Russian President Vladimir Putin’s call to postpone it.