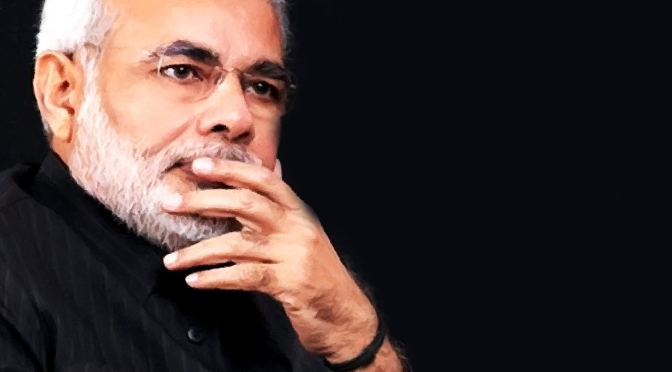 That man is Narendra Modi, and those are the words with which an Australian public servant introduced India’s Prime Minister in Brisbane on Sunday.

The adulation didn’t end there. The next day, Modi was in Sydney, delivering a speech to an audience of 16,000 at the Allphones Arena.

“You’re a rock star!” shrieked an excited fan as the event beamed across millions of television screens in India and around the world. And so it was that #Rockstar and #ModiInAustralia began trending on Twitter.

Tuesday: new city, new audience. Modi pitched up at the Australian Parliament in Canberra. He spoke in English this time, highlighting the linguistic and cultural commonalities between India and Australia — almost as if to suggest India was a better trading partner than China.

“Australia has immense opportunities to participate in India’s progress. … India will be the answer to your search for new economic opportunities,” Modi declared.

Is India really the one-stop answer? And is Modi really the man of the millennium?

The hype seems to be reaching dangerous levels.

There’s no denying that Modi has generated immense excitement in India and abroad. Rightfully so. Here, finally, is an Indian leader who says the things Indians have been yearning to hear. He talks about faster growth, creating jobs, about a smartphone in every hand, a toilet in every home, clean streets, leaner and more transparent government.

And boy, can he talk. In Hindi, in Gujarati, in English, Modi seems to know exactly what his audience wants to hear. In that sense he is indeed a rock star, riffing on his key anthems at every big speech.

But can he deliver the runaway platinum sales Indians now seem to expect?

We’re beginning to see the first signs of questions being asked.

Earlier this month, at the sidelines of the World Economic Forum in New Delhi, top industrialist Anand Mahindra told CNN that Modi’s “honeymoon period is over.” When CNN spoke with Indian Finance Minister Arun Jaitley, he seemed to dial back on expectations of big reforms, saying “people with their sense of wisdom will be able to appreciate” the cumulative effect of the government’s smaller steps.

And then there are the questions of Modi himself.

At the inauguration of a hospital in Mumbai last month, Modi made a speech, played out live on many Indian TV channels. Curiously, one bit was ignored by the Indian press.

Speaking of the Hindu god Ganesha — who is depicted as having an elephant’s head — Modi claimed that Ganesha’s half-man, half-elephant body was evidence that ancient Indian doctors were experts at the art of plastic surgery.

The Indian TV anchor and journalist Karan Thapar was one of the few to raise an eyebrow.

“He believes in digital India, wants to import bullet trains and ‘Make in India’ state-of-the-art (defense) weaponry,” Thapar wrote. “These are 21st-century ambitions. How does all of that sit alongside this belief in unverified mythology?”

He added, “The silence of the media is deeply disturbing. It feels as though it’s been deliberately blanked out by everyone.”

I doubt there’s a larger media conspiracy only to portray Modi positively. But the media do need to take a step back and question the rock-star levels of adulation. Modi has gotten India dreaming.

Who knows, those dreams may even be realized one day. But in Modi’s seven months as Prime Minister so far, rhetoric and big plans aside, nothing has really changed.

For hundreds of millions of poor Indians, it is still the same India. Basic infrastructure is still subpar; there are no social safety nets on health care or pensions; India is still an immensely frustrating place to live and work. And that’s the tip of an enormous iceberg. India could take decades to change. We all need to remember that. So do Modi’s fans.

One thought on “Modi: The man of the millennium?”