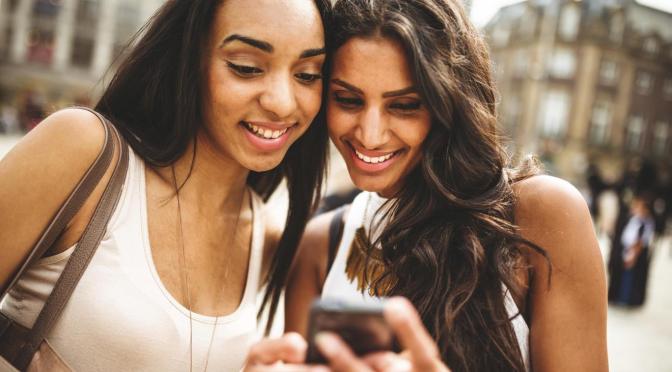 The writer, Ankita Rao, is an Indian-American journalist currently based anywhere from the villages of Orissa to the streets of Mumbai.

There are gods on Tinder.

Not Adonis-like gym buffs with quotes about success and protein shakes. No, I’m talking profile photos of Hindu deities like Shiva, Vishnu, Buddha — even the avatar Venkateswara, who, to be honest, I would rather associate with my grandparents and not a dating app.

That was the first thing I reported home to my friends after fiddling around with my iPhone one day in an auto rickshaw this spring, just weeks after moving to India to kick-start a freelance journalism career. Half curious, and half bored, I wanted to check out how the New Delhi scene fared in comparison to Washington, D.C. — and Tinder was an easy window into the madness. Luckily, I didn’t have too much stake in the outcome: I had just moved across the world with little safety net, so finding true love was not top priority. And as a Tinder-match would later say to me, “Let’s be honest, neither of us are using the app to find our soul mate.”

As it turns out, India, a mobile-savvy country with the largest growing population of young people in the world, should be a great place for an app like Tinder (a company spokesperson tells me India’s a top “emerging market” priority). In case you don’t know already, Tinder is a departure from the long-winded dating profile questions that pepper Match and OkCupid — and don’t forget Shaadi.com, India’s top matrimonial site. Its ruthless efficiency allows users to choose dates based on a few Facebook photos and a short bio. Doesn’t seem that alien for a country where courtship can start with either arranged marriages or drunken hookups.

A couple of weekends taught me one single, universal straight-guy truth when it comes to putting your best e-face forward. Pro tip: You either need a photo with a tiger OR of you doing some kind of extreme action adventure sport. You must appear to be as much like a Bollywood hero as possible. (Personally, I really would rather see someone tame real beasts, like Bombay trains during rush hour — talk about hot.)

But when you look a little closer, and start actually chatting with people, you find a surprising shyness. Unlike in America, guys in India largely have no problem chatting for weeks about your education, family background and personality quirks, or posing multiple questions even if you don’t reply. They don’t always play it cool — relishing philosophical quotes and gooey smiley faces.

But when they finally do ask to meet up, it’s often in this almost-apologetic way. Like this guy Vikas, who after an entire two months of questioning asked: “I don’t mean to be forward, but would you like to talk on the phone, and if we are compatible, meet up for coffee?” Unfortunately, I was four states away by the time he drummed up that valiant courage.

I went on my first Tinder date a few months later when I moved to an apartment in one of Mumbai’s hip and wonderful neighborhoods facing the sea. Sahil, a pleasant looking actor-slash-social worker, was heading from Australia to Brazil via his original hometown of Mumbai, and looked normal, adventurous and scruffy. My basic criteria for a good date.

We met at an outdoor café in the afternoon and nearly melted into our coconut waters while sharing travel stories and life plans. With the oppressive humidity, there was no question of playing posh and dressing up, but it wouldn’t have been necessary — like me, Sahil was capable of moving across the world with just a backpack, and we could’ve easily met at a drum circle in the park. The only drawback was that he was headed to Rio the next day, so we exchanged contact info and went our separate ways.

Over the next few months, I introduced Tinder to a few of my Indian-born friends, some of whom had heard of the service but didn’t think it was useful in their careful balance of light-hearted dating and matrimonial goals. The women were very hesitant in letting the interactions get to real life — understandable given the harassment and teasing issues — but relented when they saw the pure comedy and drama at my fingertips.

Before long, all three of the girls — of drastically varied backgrounds and temperaments — staying with me in Mumbai had gone on at least one Tinder date, and almost always had a better time than they thought they would. We all had very different taste in men — from clean-shaven family guys to lost musician types — and Tinder seemed to deliver, as long as we carefully filtered out people saying things like “wru 2nyte” and “wassup, i really like your beautiful curlz.”

And the anonymity also gave us plenty of creative license of our own.

“Boy, you put the ‘bomb’ in Bombay,” a male friend wrote to one of my matches, and then proceeded to shamelessly comment on his deltoids on my behalf.

“Do you like eggplant? Because your body’s baingin (that’s the Hindi word for eggplant),” I wrote to one of his matches in revenge. To our surprise, the previously shy girl actually responded and fueled the conversation.

In the next few months I went on a couple more dates, with a New Yorker with striking green eyes who I’m still in touch with (yeah, I came all the way to India to meet a New Yorker); another with a consultant-type who talked almost exclusively about the World Cup for the entire span of our three-hour happy hour. I chatted with a musician who gave me the lowdown on all of India’s music festivals and nightlife, and connected with a fellow Indian-American who seemed to be the male version of me.

And while I quickly tired of persistent, get-no-hint messages, I learned not to generalize men too badly in a country as unimaginably diverse as India. Here you can travel from one state to another and suddenly not be able to speak the language or stomach the spicy food. One city might be full of macho dudes raised on lassi and patriarchy, while the next is full of awesome artists and hippies who will let you split the bill. From the gods to the god-complexes, Tinder here is always a surprise, and once in a while those surprises are good.

These days — as I board trains and jeeps to work all over the country — the experiment has come mostly to an end, and I’m preferring real life to the app world. Even so, I’ll take Tinder over some aunties hankering to plan my marriage. You can’t swipe left to get rid of them.