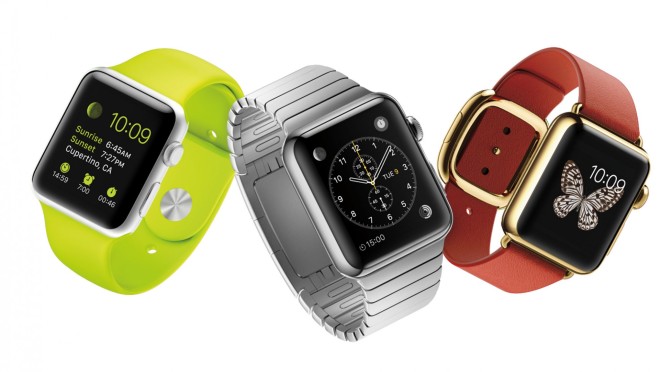 Under-the-table talk in Switzerland is warming up ahead of the launch of Apple’s watch next year, something that promises to be the most keenly observed event in aeons. Will it have the same devastating effect as the introduction of quartz movements half a century ago?

Not likely, but after initially dismissing the idea that such a device could catch on, there seems to be growing acceptance that it might do exactly that, especially with younger wearers, the tech savvy, and say travellers who need the time at a glance in multiple locations.

Our feeling? The Apple will create a new niche that’s likely to steal some oxygen from less expensive brands, while cementing up-market brands even more firmly into the luxury segment.

No problem for the Breguets, Cartiers, Vacherons, Lange & Sohnes and similar high-enders, no problem for the growing number of jewellery watch exponents like Piaget and Chanel, and ditto for heritage brands like Rolex and Omega and anyone concentrating on the “special”. You’ll have noticed how many brands are already moving firmly in this direction, staking out territory a million miles from device-land. But the Apple’s low (several-hundred dollar) price could well put pressure on quartz watches and anything else of the garden variety.

Too early to tell, but it hasn’t stopped some brands pondering what their own version of a smart watch might entail, with Tag Heuer for one reportedly open to collaborating on something. This makes sense given the breadth of their experience from marketing to electronic timing systems, to the ability to innovate. And let’s not forget their head of science and technology, Guy Semon, is a genius who would be perfect to lead such a project.

Tissot is another that might be expected to extend its capabilities into smart territory given the T-touch could be regarded as part-way there.

Whatever the approach, a challenge will be coming up with something that’s special enough to justify the kind of pricing watch companies are traditionally used to. Yes, interesting times ahead, and you can be sure no one will be watching more closely than the Swiss.

One thought on “Smart thinking in Switzerland”